Structural Integration?  I've never heard of that.  What is it?

​Structural Integration is a field of bodywork growing since the phrase was first coined during the life of the founder of this work, Dr. Ida P. Rolf.  The work differentiates itself from other systems of manual therapy such as chiropractic, osteopathy, and massage therapy.  That main difference lies in the essence of the process.  Structural Integration organizes the fascial matrix of the body in a systematic way over the course of time.  Rolf's genius observation was that gravity becomes the most potent therapist between treatments, so that the time between appointments is part of the efficacy of the work.
​For example, a client will receive a session aimed at providing more support in the body through the arches of the feet.  As their body moves with these changes overtime, a new shortness can reveal itself in relationship to the new alignment of the legs.  Perhaps, more tissue bunches in the torso as a result.  Then, the client can go in for some work and have their torso lengthened which leads to the next part of the process, and so on, until the work is complete.  Each session builds upon the next until ideally, the body resolves its own complaints by moving within the improved arrangement.

Different schools of Structural Integration have developed as the work has grown.  Joy has studied in many different schools.  Her home-base organization continues to be with Hellerwork.  Hellerwork incorporates somatic psychology and emotional dialogues between the client and bodyworker. 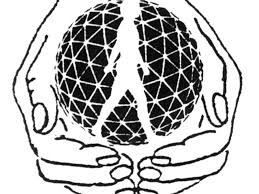 Hellerwork is a form of bodywork that releases unwanted tension and postures, allowing for new possibility in your sense of freedom, flexibility, movement and well-being. Hellerwork is designed to release accumulated rigidity that exists in your deep connective tissue – this tissue is an organ called fascia. Fascia is plastic-like and highly adaptable – one way it adapts is by shortening and hardening in response to the general effects of gravity and also from ongoing physical stresses, negative attitudes and emotions, and periodic physical traumas. Using it’s three main components, Hellerwork will return your body to more normal and more optimal and alignment creating an increased sense of youthfulness and vitality in your daily life.

Aging is a major contributor modifying optimal body alignment as repetitive habits, stress and trauma patterns become ingrained in our connective tissue. As stress accumulates, the body shortens and stiffens – this is one of the most noticeable signs of aging. Hellerwork can reverse and reduce the impacts of aging through reconditioning the body and lengthening and stretching your connective tissue that has become or is becoming rigid.

Ongoing physical stress, over time, could be carrying a heavy handbag causing the shoulder on one side of the body to be pulled down. Over time, the involved connective tissue becomes hard and stiff; the body becomes adapted to that position – even if the handbag is no longer being carried! In subtle compensations and adjustments to this uneven weight distribution, the rest of the body starts to become unbalanced and unaligned.

The Three Main Components of Hellerwork
The three components of Hellerwork – deep connective tissue bodywork, movement education and self awareness dialogue – are designed to bring you and your body to a more optimal state after having experienced normal or extreme exposure to normal influences like aging, injury, strain, and repetitive and poor movement habits.

Deep Connective Tissue Bodywork
Release the tension that currently exists in your connective tissue, and return your body systematically to an aligned position. This aspect of Hellerwork is a “hands on” process, in which Practitioners work with their hands to release tension in the fascia to stretch it back into its normal and more functionally optimal position. Releasing chronic tension allows the body to feel free and rested, producing what might be an uncommon – yet normal – state of well-being.

Self-Awareness Dialogue
Become aware and more responsible for how your thoughts, feelings and beliefs relate to the posture and overall health of your body. Learn how an attitude shift can expand your body’s health and your self expression.

The Hellerwork Series
Hellerwork is done in a series of sessions that include the above described three main components: deep tissue bodywork, movement education and self awareness dialogue. There are 11 session that are organized in a deliberate and layering sequence that will increase your overall comfort and ease of being you and being in your body. There are three intended divisions within the series:

The Superficial Sessions
Sessions #1-3 focus on the surface, or “superficial” layers and connective tissues in your body, the ones associated with those muscles that are near the surface of your body – also called the “sleeve” muscles.

The Core Sessions
Sessions #4-7 focus on the deeper musculature and connective tissues in your body. These core muscles, also called “intrinsic”, assist you in fine motor movement producing graceful and fluid movement. Prior to Hellerwork, these muscles are often under utilized, tight and immobile.

​The Integrative Sessions
Sessions #8-11 will integrate your core and sleeve tissues and layers. Rotational pattern reversal and overall healthy joint functionality are goals of these integrative sessions. Most sessions will include movement education to support your own exploration and understanding of how you use your body in daily life – and where changes, shifts and new habits can prolong the benefits of the bodywork and sustain your new sense of rejuvenation – session 11 will include a review of all of the movement education work.
Get A Consultation